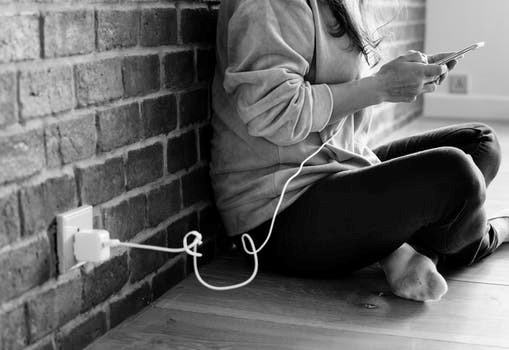 Chief inspector of schools, Amanda Spielman, has promised to back headteachers who ban mobile phones in schools. However, this strikes me as an Ofsted-branded sticking plaster over a gaping wound. The complex relationships young people have with their technology do not disappear with the device itself.

The NHS has recently announced plans to launch its first internet addiction clinic at a time of growing concern about internet dependency and the World Health Organisation classifying gaming disorder as a mental health condition. Schools are seeing the impact of this dependency in their learners and dealing with the fall-out in the form of disengagement, inappropriate technology use, cyber-bullying and even sexting. With increasing curriculum demands and large class sizes it is impossible for class teachers to deal with this alone.

Empowering and educating children on the realities and dangers of their relationships with their smart phone, tablet and games console has been shown to be vital in terms of impacting technology usage and resulting behaviour[1]. Talking therapies within schools can play an enormous role in the prevention of problematic technology use and even internet addiction. Starting the dialogue in schools ensures lines of communication are open so that young people feel comfortable to talk about concerns they have in a safe environment. This may be by encouraging and facilitating therapeutic relationships between young people in the form of student counsellors or discussion forums but on a greater level simply by promoting an environment that is open and supportive.

However, when preventative measures have not been put in place or have not been successful, the effects of technology addiction can be far reaching and significantly damaging to the progress and the mental health of the individual. When observing a Year 8 class, it is clear that Ben has become so addicted to his phone, he cannot think about anything else in the lesson except checking his phone and snapping his friends with the latest happenings. Despite several warnings, he cannot focus on the here and now. Others look zoned out and bored; when challenged at the end of the lesson they are impatient and moments later seen glued to their phones in convivial addiction.

Researchers from Korea University in Seoul have conducted studies that reveal that teens addicted to the internet and smartphones are more likely to suffer from mental health conditions[2]. The natural balance of a child’s brain is affected by the dopamine flood caused by gaming and/or social media addiction and it is now being discovered that this chemical change makes natural rewards seem less and less satisfying and can trigger anxiety, depression, compulsion and impulsivity[3].

In the West, young people know nothing other than living in a high-tech world, with their digital footprint possibly being made by their parents even before they were born. Research shows that 92% of two-year olds have an online record[4]. Therefore, children and young people, more than ever before, see the internet as a necessary and desirable part of their lives. Or, simply accept it as the norm. For this reason, technology dependency has been described as a ‘socially acceptable’ addiction. [5]Ofcom found that around 1 out of 5 people aged 16-25 spent over seven hours a day on their phones and that more than half of youngsters say their devices interrupt face-to-face conversations.

Talking therapy can provide great provision to young people who are already in this place. By offering an empathetic ear and non-judgemental support, young people can explore the impact of their technology usage on their relationships and their feelings. Often technology addiction does not simply trigger unpleasant feelings, but the technology has been sought out to mask and escape from difficulties already present in a young person’s life, for instance loneliness, stress and boredom. Luxmoore discusses how vulnerable children may ‘attach themselves to transitional objects’ which are ‘essentially substitutes upon which to heap their attention, enthusiasm, affection’.[6] In this way, a computer might be the only control that a child has and represent order in a world that otherwise seems chaotic. Talking therapy can enable young people to discover these insights into themselves and learn to accept the ‘ambivalence’ of real relationships that are more fragile.

The approach that professionals may take when dealing with a student with a possible internet addiction may vary slightly to their normal practice. Katie McArthur suggests that ‘the typical school counsellor will base their approach on the person-centred model, and will use its theories as a starting point and integrate other forms of therapy’. By identifying as ‘Person-centred/Integrative’ school counsellors can borrow methods from outside of the Humanist school of thought, for instance CBT. With regard to anxiety and depression (often going hand in hand with internet addiction), CBT ‘has a good evidence base’ and is recommended by NICE.[7] The goal of treatment in the case of internet addiction is not abstinence as would be the case for other types of addiction, but controlled use. This is why treating the underlying issues and providing strategies to limit and manage behaviours (often through CBT) is thought to be the most successful treatment.

The behaviours which may manifest as a result of internet dependency are varied. Losing track of time and neglecting other activities is one feature that may be noticed. CBT can address this using ‘Thought Challenging’ techniques such as a ‘Cost/Benefit’ analysis, for instance, which can enable the young person to clearly see the results of their decisions and begin to act consciously and with awareness of the consequences. In addition, changes in mood when not engaged in gaming/social media or an increase in distress if the opportunity to use the internet is removed, may suggest the dependency is problematic. Arming the student with strategies that enable them to manage difficult feelings can be helpful in this case. Also suggesting ‘Behavioural Strategies’ such as reducing the frequency of checking or logging on or changing the schedule of technology usage can be effective.

The science of addiction is complex and there are certain precursors as to whether a person will develop an addiction including genetic predisposition, stress, personality traits and environmental issues.[8] However, these risk factors are not fully understood and therefore early intervention with education and awareness is paramount to ensure that the next generation do not experience an epidemic of technology addiction. By intervening proactively, we can prevent internet addiction impacting students adversely and by reacting with empathy and non-judgement we can enable young people to ‘make decisions wisely’ and ‘formulate and work towards…solutions’.[9]

Bullies needs to talk! (And it’s in everyone’s interest that they do.) 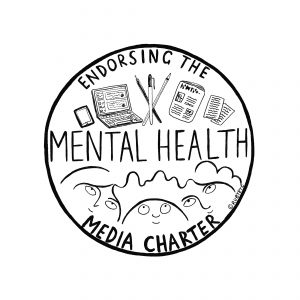 No event found!
Tweets by dragonflyimpact